This week the Harvard Gazette published a piece called Homeschooled en route to Harvard. It profiled three current Harvard students, including my daughter. I enjoyed reading what they had to say, and was particularly struck by one commonality. All three students spoke about the significance of being in charge of their own learning.

“If I was interested in something, there was nothing stopping me from making it happen for myself,” said Claire.

“[Homeschooling] gave me enormous freedom to study what I wanted,” said Abraham Joyner-Meyers.

“Though his parents made the call on homeschooling, it was [Kemen] Linsuain who guided his own education.”

As a parent who unschooled four children, this didn’t surprise me. I wonder whether other readers picked up on it. I’ve found that people tend to glaze over with blank looks when, in response to a friendly question about our homeschooling, I say that it was unstructured, that it primarily consisted of exposing the kids to a lot of stuff, and that most of they time they did whatever they wanted. Once in awhile, someone will find this fascinating and want to know more, but generally the concept is considered too alien, crazy, or even neglectful, probably because the idea that kids can’t learn without instruction by trained experts is deeply ingrained. That doesn’t mean it’s true. I know my kids aren’t the only ones who figured out how to read, write, add, and subtract without being formally taught. Let kids play and explore as they see fit and you’ll be amazed at what they learn.

Giving kids this kind of autonomy also helps them develop a strong sense of self, and that’s something that helps them in so many ways. Confidence, resiliency, self-regulation, and intrinsic motivation are among the powerful benefits. One of the most important, to my mind, is happiness. Kids who get to decide what and when they play, read, draw, make, and learn are generally voraciously curious, excited about the world, and satisfied with their own lives. They’re living in the now, which is the best place to be.

Offering this kind of life to kids doesn’t mean they’ll end up in the Ivy League. Harvard isn’t for everyone, any more than any other environment is right for every person. For Claire, Harvard is where she wants to be now, a place with abundant resources offering opportunities she can shape and choose for herself. In that sense, it’s no different than the play-based life she led as a young child.

Sometimes the idea can seem confusing to parents, and they wonder, do I let my kids do whatever they want? Of course, it’s not that simple. Parents still act as guides, protectors, and inevitably, influencers. As people who love the arts and literature, our kids were exposed to those things early and often. Because we’re active and involved in many projects, our kids regularly joined us at meetings, rehearsals, and social gatherings, soaking up conversations about myriad issues and topics. Because it’s natural for kids to look to adults for examples of how to be in the world, to the best of our ability we provided diverse and caring role models. When the kids asked questions we answered them, and when they showed interest in something, we helped them find resources (if they needed it; it wasn’t long before they were finding their own).

Perhaps most importantly, we respected our kids’ individuality and autonomy. Rather than helpless vessels that needed to be filled, we saw them as complete people in the moment, with thoughts, feelings, needs, and desires that deserved our attention and respect. They, in turn, respected us. In my experience, the notion that meeting children’s needs and honoring their wishes will spoil them couldn’t be further from the truth. On the contrary, doing so makes them stronger, happier, and more empathetic.

Raising children this way isn’t always easy. I’ve found most of the difficulties come from my own doubts, fears, and shortcomings, but this, too, has been a blessing, because it’s allowed me to grow. I’ve become wiser and more kind, more compassionate, more diplomatic, more skilled at negotiation. I’ve grieved as well, because our kids flowering before us in such unfettered, miraculous ways can bring home what we missed. 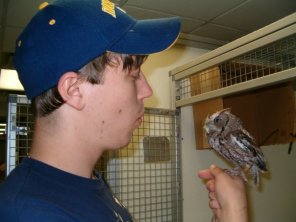 Which brings me back to the now. Respecting kids’ needs, allowing them autonomy in their play and learning, and believing in their unique intelligence and abilities allows them to focus their attention on whatever they are choosing to pursue at a given time. In the absence of distractions caused by the stresses of trying to get their needs met, waiting for an authority to tell them if they’re “good” at everything they do, fearing they’ll be called out for mistakes which are seen as bad rather than necessary steps in a learning process–in the absence of all that, they can be present to live and learn in the moment, as freely as possible.

Whether that takes them to Harvard or not is immaterial. The important thing is that in each moment, it takes them where they want to go.

6 thoughts on “Unschooling in the now”